Overview
Deep Vein Thrombosis and Pulmonary Embolism (DVT/PE) are often under diagnosed and serious, but preventable medical conditions.
Deep vein thrombosis (DVT) is a medical condition that occurs when a blood clot forms in a deep vein. These clots usually develop in the lower leg, thigh, or pelvis, but they can also occur in the arm.
It is important to know about DVT because it can happen to anybody and can cause serious illness, disability, and in some cases, death. The good news is that DVT is preventable and treatable if discovered early.

Deep vein thrombosis signs and symptoms can include: 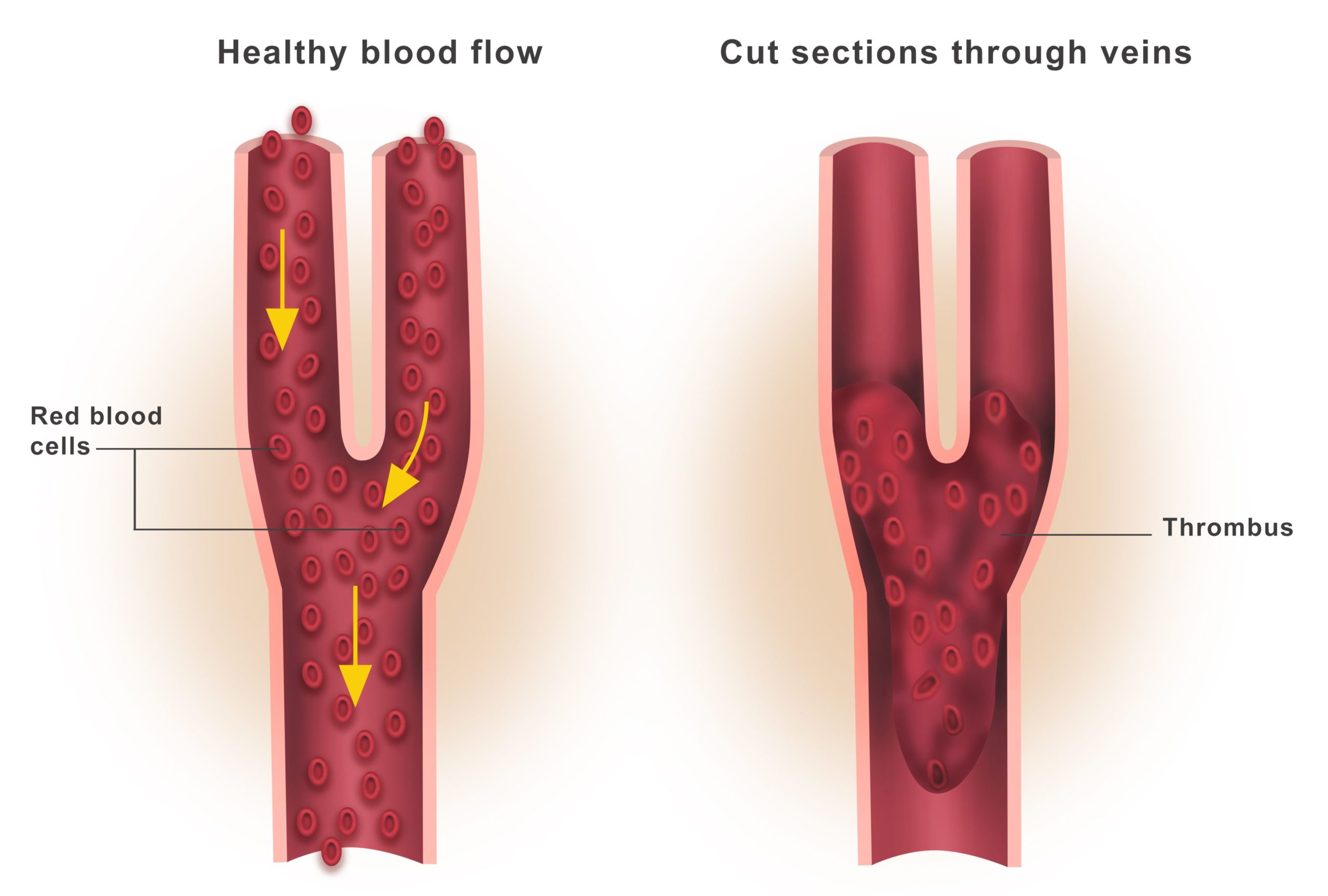 Almost anyone can have a DVT. However, certain factors can increase the chance of having this condition. The chance increases even more for someone who has more than one of these factors at the same time.

Everyone Is at Risk. Some Factors Can Increase This Risk.

Following is a list of factors that increase the risk of developing DVT:

The most serious complication of DVT happens when a part of the clot breaks off and travels through the bloodstream to the lungs, causing a blockage called pulmonary embolism (PE). If the clot is small, and with appropriate treatment, people can recover from PE. However, there could be some damage to the lungs. If the clot is large, it can stop blood from reaching the lungs and is fatal.

In addition, nearly one-third of people who have a DVT will have long-term complications caused by the damage the clot does to the valves in the vein called post-thrombotic syndrome (PTS). People with PTS have symptoms such as swelling, pain, discoloration, and in severe cases, scaling or ulcers in the affected part of the body. In some cases, the symptoms can be so severe that a person becomes disabled.

For some people, DVT and PE can become a chronic illness; about 30% of people who have had a DVT or PE are at risk for another episode. 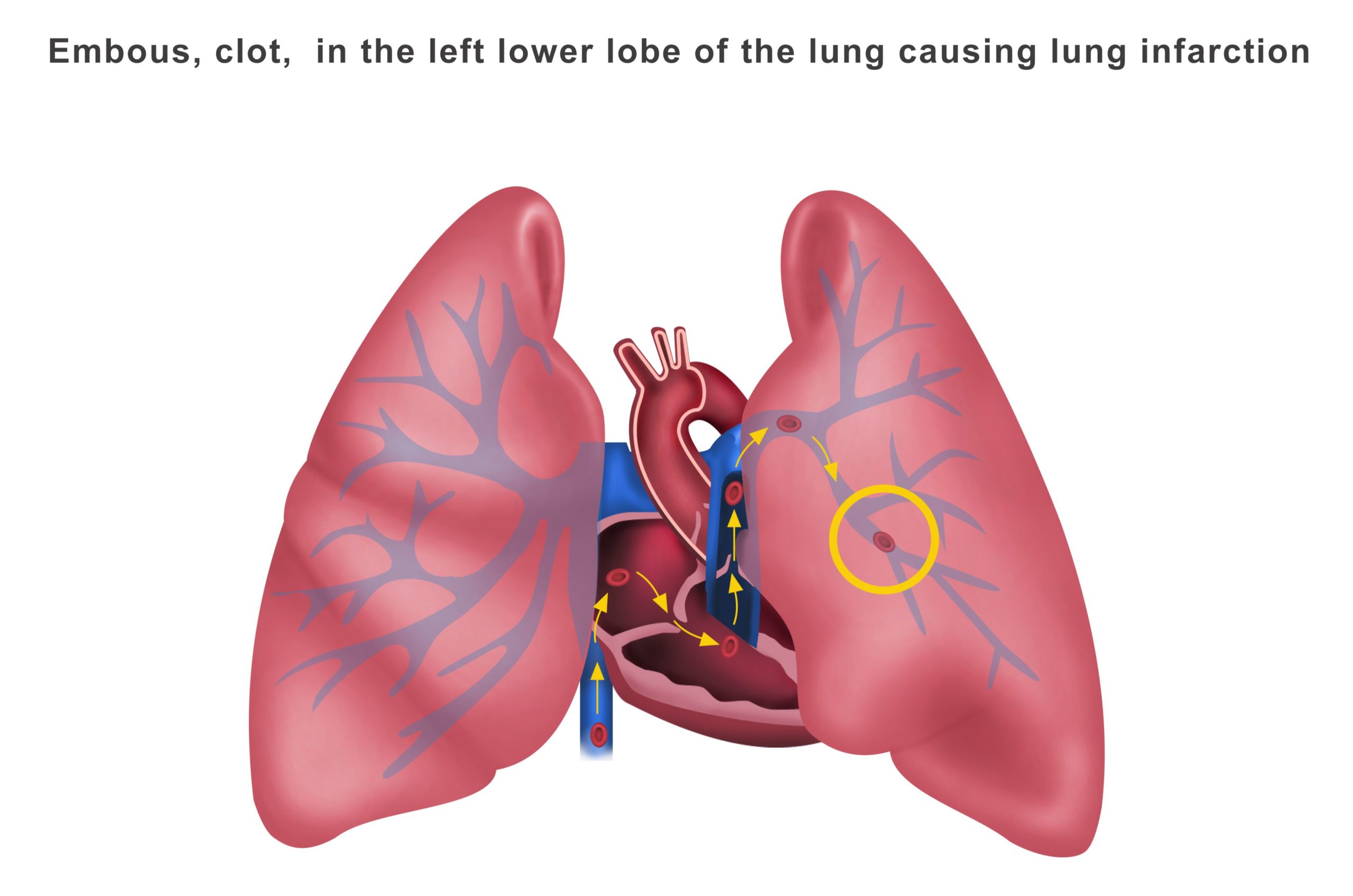 Move around as soon as possible after having been confined to bed, such as after surgery, illness, or injury.

If you are at risk for DVT, talk to your doctor about:

When sitting for long periods of time, such as when traveling for more than four hours:

You can reduce your risk by maintaining a healthy weight, avoiding a sedentary lifestyle, and following your doctor’s recommendations based on your individual risk factors.

To diagnose deep vein thrombosis, your doctor will ask you about your symptoms. You’ll also have a physical exam so that your doctor can check for areas of swelling, tenderness or discoloration on your skin. Depending on how likely you are to have a blood clot, your doctor might suggest tests, including:

Preparing for your First Visit with the Doctor

Make sure that you are ready for your first visit with the doctor and bring any medical records you have.

Please follow the instructions that must be kept before any surgery. Inform your doctor if you have any problems.

Insure that you arranged everything before you leave the hospital. Please read our helpful tips and advices.

If you are going to have a colonoscopy in the near future, these are the most important things you have to know.